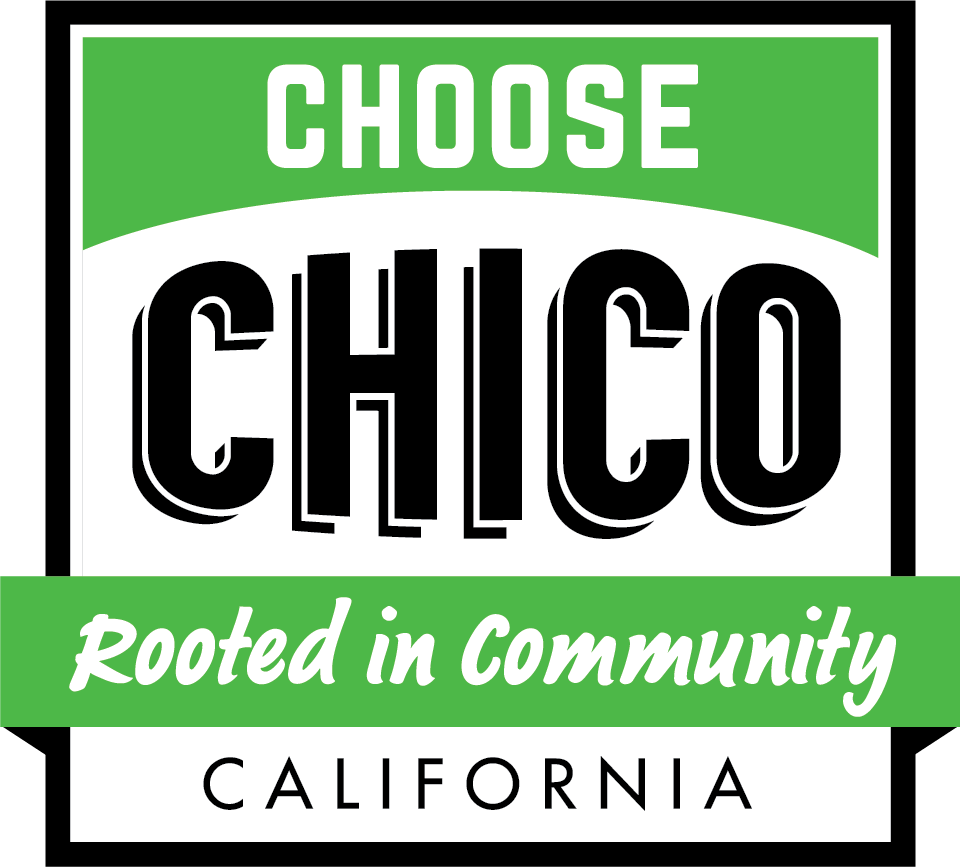 While Chico may have been officially founded as a city in 1872, its history has deeper roots connected to the original inhabitants, the Mechoopda Indian Tribe of Rancheria. Known as the Mechoopda, these native people originally lived in a small village community on Little Butte Creek. Their natural hunting and gathering economy was interrupted and forever altered by the arrival of white settlers in the 1840s.

The origin story of the Mechoopda people is carried through oral tradition. It describes the beginning of their world at Tadoiko, a place located a few miles south of the original village near Chico. According to their legend, the Earth Maker (Kodoyampeh) and Turtle arrived on a raft and came ashore at that spot. It was marked by a large depression for centuries before being leveled for agriculture in the 20th century.

While the Mechoopda originally lived on Little Butte Creek, the arrival of white settlers marked the beginning of a series of forced migrations. After John Bidwell’s acquisition of a land grant in their area, the Mechoopda moved to one of their former summer camps near First and Flume Streets by Big Chico Creek. A few years later, they were moved closer to John Bidwell’s residence. The final move came in 1868 when the tribe was relocated to the Chico Rancheria. This place is known as Bahapki (meaning “unsifted”) because it was composed of not just the Mechoopda but several other local tribes.

The Mechoopda speak a language related to Maidu, which is one of the 175 dialects from this area. Led by a Headman (Hukbe) they were an autonomous community which had alliances and trade with other neighboring communities. The seasons were celebrated with four great feasts (Weda) and the dead were honored in a summer ceremony that remembered those who had passed in the previous year. The religious oral history was protected and preserved by a men’s sacred dance society (Kumeh). Along with the performance of ceremonials, the Kumeh passed on their history to new members.

After over a century of challenges and exile, the Mechoopda experienced something like a rebirth. After a successful lawsuit against the U.S. in 1986, they became a federally recognized tribe in 1992. In the following years, they administered their first HUD program, which provided them with a low down payment and flexible underwriting. This helped the Mechoopda re-establish residency by purchasing 30 houses for tribe members and 40 acres of almonds. And 650 acres south of Chico were acquired as “restored lands.” Today the Mechoopda have the Chico Rancheria Housing Corporation and the Mechoopda Economic Development Cooperation, and have taken other steps towards economic self-sufficiency and independence.

Part of the California State University, Chico (CSU) stands on the original Mechoopda lands. CSU acknowledges this, and has an Office of Tribal Relations to provide a center of connection and support to Native American peoples. It is a hub for cultural events, ceremonies, and more. All are welcome to come and learn more about these original people of California. And one great way to do that is to join a Wildtending Plant Walk with a local Mechoopda tribe member. Or take a Cultural Tour of Chico State at the Office of Tribal Relations, and find out more about their history today.

Back to Blog
PrevPreviousThat’s a Wrap: Happy 150th Birthday, Chico!
NextChico by the Numbers: Spotlight on the multiple industries in Chico, CANext